Oil demand is in the process of collapsing. I expect many people to fill up their tanks in the next few days on (irrational) scarcity fears but no one is going to be driving.

Meanwhile, Saudi Arabia is flooding the market in what’s clearly an effort to cripple private producers and send them into bankruptcy.
I think that’s coming. It was coming at $50 for much of shale and this is simply going to accelerate it. Storage is filling up and once it’s full, there will be nowhere for the extra 10 mbpd of crude to go. We’re going to see widespread shut-ins and only the companies with the strongest balance sheets will be able to survive it.
Expect a rush lower if/when the 2016 low of $26.19 breaks. 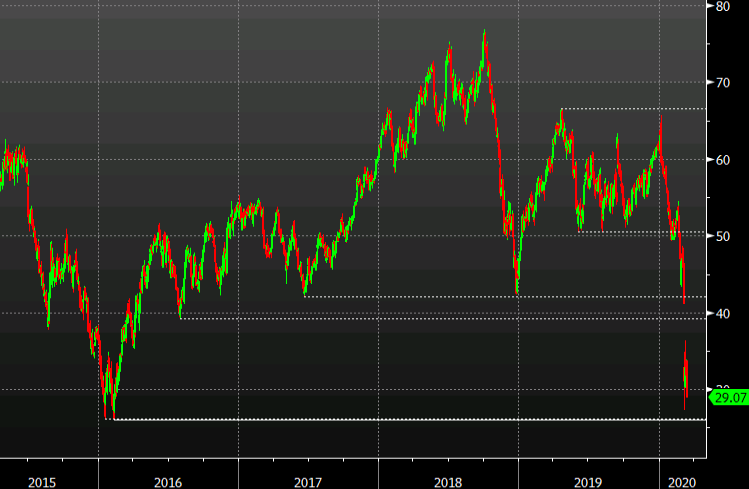 Saudi Aramco reports upstream lifting costs of $2.80 per barrel and upstream capex of $4.70 per barrel. Who wants to compete with that?